I went to deep water aerobics with my mom today.

Yes, I was the youngest one.

My mom goes almost every day to the different work out classes and I have been enjoying going with her when I can. When I was a lifeguard at a fitness club, I couldn't help but chuckle at the water aerobic classes. The resistance of the water is pretty hilarious! So when I jumped in the water today,wearing the required waist float, I couldn't stop laughing as I imagined how I looked.

In my favor, I pick up things like this quickly, so I didn't look like a newb, but still, some of the exercises are pretty comical:

"Kick your feet OUT of the water! Up and out!"

"Cross country ski across the pool!"

But my favorite (read: least favorite) was at the end when we had to get in a line and hold our noodles up in an arch with our partner.

We had to take turns swimming through it.Awk.Ward. I prefer the exercises when I can be in the back and away from everyone. Not the ones that put me 6 inches from a wrinkly old lady. I mean, props to her for working out, but what happened to personal space!?

I would go back, though. The pool is gorgeous and any opportunity for me to swim is one I'll take.

+Title from Jewel
Posted by Miss Scarlet at 11:41 AM No comments:

Email ThisBlogThis!Share to TwitterShare to FacebookShare to Pinterest
Labels: scarlet

Soooo here we are- the first day of summer.

Meteorologically speaking, of course, since it's been disgustingly hot more often than not lately. We had a decent spring this year with not too much humidity and nights with an almost chill in the air. It was actually quite pleasant.

But now? It's gross again. Temps hovering around 90 and the humidity, oh the humidity! The air feels so...impure when it's this humid.

But I don't to be a complainer right now. I'll leave that up to 90% of you guys out there! HA! All I've been hearing lately is that it's "too hot" and "gross" out. And this is coming from those same people who claimed to love summer. Well, THIS IS SUMMER! It's hot! And it sucks!

Have you ever seen something that completely knocked your socks off? I have had that happen a few times in my life- when I leave the theatre after seeing a great movie (like Fight Club) or after I see a spectacular piece of art (Canova's Cupid and Psyche) and I just have no words to describe the experience. I was recently able to add another event to my list of jaw-dropping moments.

Last week I had the extreme pleasure of seeing Savage Beauty, the Alexander McQueen exhibit at The Metropolitan Museum of Art in NYC and am still thinking about the breathtaking pieces of art I got to see.

When I got to The Met last Tuesday I had to stand in line for a relatively short time of about 15 minutes. I ended up being at the beginning of my group and as I waited to be let in to the dimly-lit exhibit, I could see this dress (VOSS, Spring/Summer 2001): 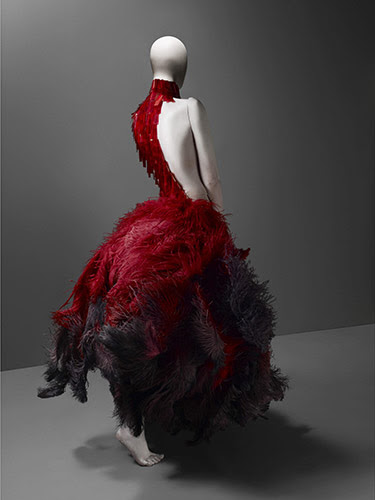 The most striking of colors...a scarlet, if you will, made out of feathers and medical slides painted red. !!! The science geek in me was so excited. If only I had thought of this back in Biology lab and I could have been a major fashion designer, too.

Among my other favorites were the "parachute dress" (Supercalifragilisticexpialidocious, autumn/winter 2002–3), which billowed in the man-made wind.
: 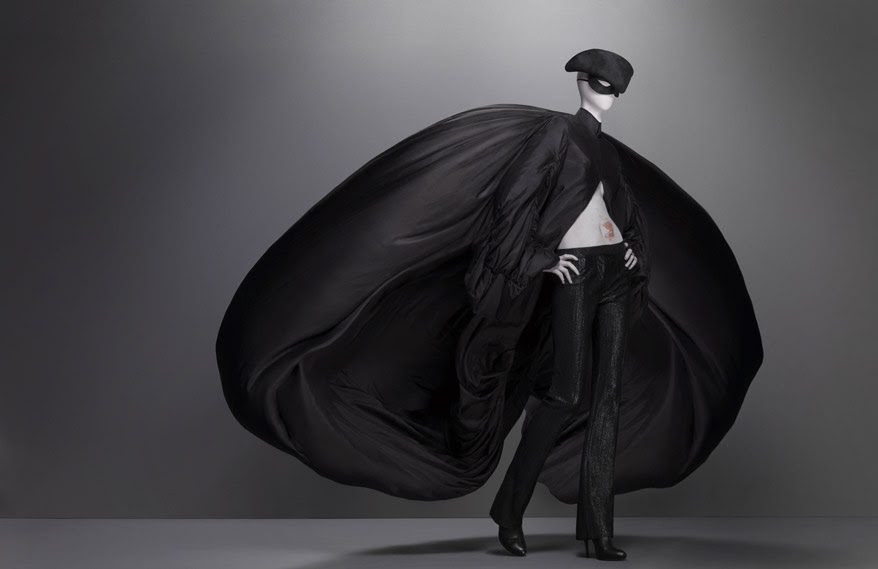 And the dress that was created on the runway when two robots painted the dress worn by Shalom Harlow: 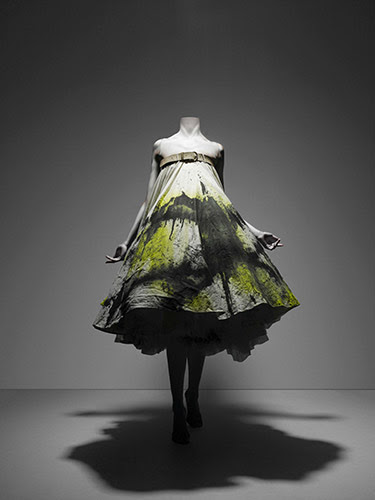 (No. 13, Spring/Summer 1999) Has it really been that long? Please, check out the video. It was playing at the exhibit and I think I watched it 10 times.

But I think my favorite dresses, which were in the room that made me gasp when I entered, were from the Widows of Culloden Autumn/Winter 2006/2007 and Highland Rape Autumn/Winter 1995/1996 shows. If you know me, you know of my love for anything Scottish. 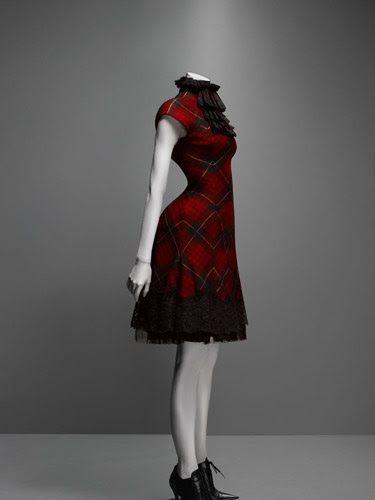 It's not just the tartan that made this my favorite room of the exhibit, it was the quotes that accompanied the designs. Each piece had a description of the materials, the collection, the year(s), any contributing designers and from which collections the pieces were on borrow. They also all had a quote. Something Lee McQueen had said about the pieces and the following is what he said about the Highland Rape collection as a whole:

“Scotland for me is a harsh, cold and bitter place. It was even worse when my great, great grandfather used to live there. . . . The reason I’m patriotic about Scotland is because I think it’s been dealt a really hard hand. It’s marketed the world over as . . . haggis . . . bagpipes. But no one ever puts anything back into it.”
The Independent Fashion Magazine, Autumn/Winter 1999

And these are some of the other quotes that I enjoyed:

“You’ve got to know the rules to break them. That’s what I’m here for, to demolish the rules but to keep the tradition.”
—Alexander McQueen

“People find my things sometimes aggressive. But I don’t see it as aggressive. I see it as romantic, dealing with a dark side of personality.”
—Alexander McQueen

“I have always loved the mechanics of nature and to a greater or lesser extent my work is always informed by that.”
—Alexander McQueen

If you have the chance, GO SEE THIS EXHIBIT! It will be there until 31 July and it is well worth it. In fact- may I go with you??


All images from here: http://blog.metmuseum.org/alexandermcqueen