Remover
Originally uploaded by scarls17
Posted by Miss Scarlet at 10:49 AM No comments:

The Vampire Diaries is the perfect type of show for me. It has everything: drama, comedy, hott guys, a fast moving pace, great music, great clothes, great romance, etc. It is also show that I don't really want to be in and that is perfect for my personality. I tend to get very involved and/or connected to things I like. When I was 15 and watching Friends, I always imagined my life just like theirs when I'd be older. I still want to live in a New England town on the water when I watch Dawson's Creek. And Alias? If the CIA called me up tomorrow, I'd sign on the dotted line.

I am an extreme romantic. I'm not delusional in real life, but I am a sucker for it in TV shows and movies. I love seeing people fall in love on the screen and Stefan and Elena are no exception. In addition to romance, I am also a TV sucker for the hott bad boy a la Damon Salvatore.

But, like I said, Vampire Diaries is good for me because I get my fill of over the top romance and hott guys, but I don't end up thinking, "OOOhhh why can't real life be like the Vampire Diaries?!" because you know what? life on The Vampire Diaries kinda sucks. They're always in danger and, even though I love that it always seems to be chilly there, I don't want to live there where life is constantly in jeopardy.

+Title from The Eels
Posted by Miss Scarlet at 9:03 PM No comments:

Suddenly Everything Has Changed

The warm weather literally depresses me. I know some people get annoyed when I complain about the lack of cool temps, but when it's a week from November and I had to use my car's AC yesterday, it's just ridiculous. When I walk out of my apartment and don't need a jacket at 6am!? That. Is. Just. Wrong.

I thrive in the cold. It awakens my soul. It motivates me and keeps me wanting more more more. Yesterday was not a good day for the weather I love.

So when I got back to my apartment complex last night after a super long day at about 930pm I started cursing really loudly in my car. Why? Because there were absolutely no parking spots near my apartment. They changed our parking situation about a year ago and made it so guests needed passes. It was crappy for awhile after that because the guests would get the good spots. They changes it once again about four months ago and made it so guests had designated spots. Since then, parking has been even worse. When I get home late at night and the only spots available are guests spots next to my building and I can't park there? I get very angry. I had to park so far away last night and I had a lot to carry and I was not cold. Not one bit. I was furious. I yelled the F word about 15 times while looking for a spot. I know I was overreacting, but this has happened way too many times recently. I was so angry I decided to cut through the grass because I just wanted to be home.

And I stepped into a blanket of beautiful, fallen leaves. Gorgeous yellows and oranges. Leaves that covered the grass and ruffled as I walked through them. I forgot all about my anger.


+Title from The Flaming Lips
Posted by Miss Scarlet at 9:31 AM No comments:

Last Tuesday I headed out early on my way to visit my sister in Saratoga Springs, NY. 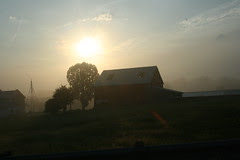 It's a gorgeous trip up there anyway, but when the leaves are changing, it is just exquisite! 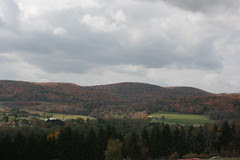 I about died while driving through the Pennsylvania mountains. I'm pretty sure they were peaking last week. WOW!

The next morning Ali and I left at about 8am on our way to to Vermont. Our directions were to Burlington and this ride was just as gorgeous as my one the day before. 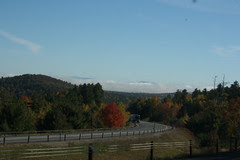 At one point in the directions Ali said, "OK...turn right" but as I looked to my right, all I saw was a huge lake! 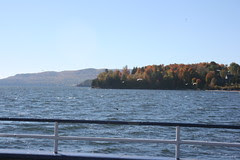 "WHAT?!" The directions, which we hadn't really looked too closely at, said, "Turn right. Get on ferry." I thought I was going to throw up. The lake is HUGE and I had never driven onto a ferry so I was just a little scared. But we did it and it was fun! 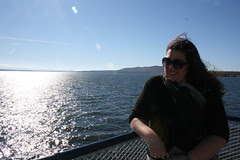 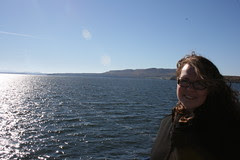 I was scared because we were the last car on to the ferry and were quite close to the edge! 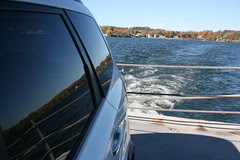 Burlington is awesome. I was there about 15 years ago, but my memories are hazy. I could absolutely live here. 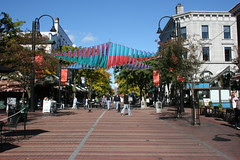 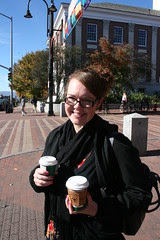 People here were also super nice. Two people stopped to offer us change when we were feeding the parking meter.

We also went to the Magic Hat Brewery in Burlington, VT, which was AWESOME and we got to try about eight beers. I was in heaven. 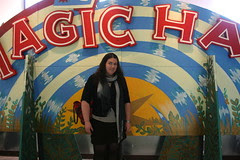 Then we drove the 35 minutes or so to Montpelier to visit our Aunt Bonnie. I remembered Montpelier much better as I was there for a about a week when I was 15. We had a grand afternoon hanging out with my aunt drinking beer/wine and playing with her huge dogs. 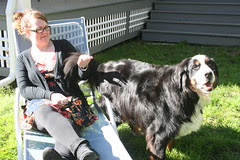 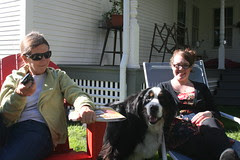 It was chilly there so we actually sat in the sun for most of the day. How refreshing to sit in the sun and not be miserable. Cold weather, FTW!!! 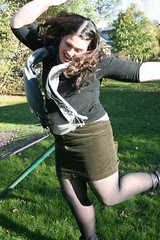 On Thursday, Nathaniel's (my brother-in-law), family came into town to visit as well so much of the next few days was us all drinking beer and going out to eat. 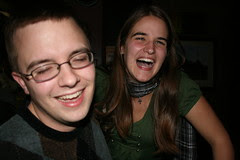 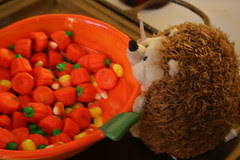 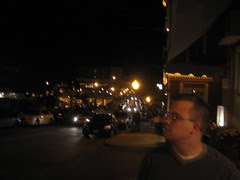 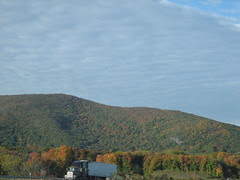 + Titled from Smashing Pumpkins
Posted by Miss Scarlet at 10:25 AM 3 comments: 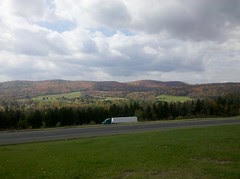 Blue Skies
Originally uploaded by scarls17
I snapped this while driving to/from New York. Ahhhh!
Posted by Miss Scarlet at 9:49 AM No comments: 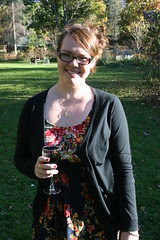 120
Originally uploaded by scarls17
This is my favorite person in the whole world and I am having a grand time hanging out with her.

Here are a few of my Halloween costume ideas:


Any ideas for me?? Here are some previous costumes: 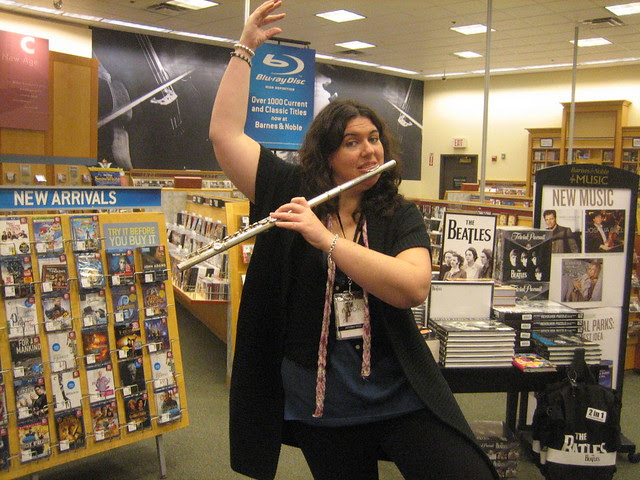 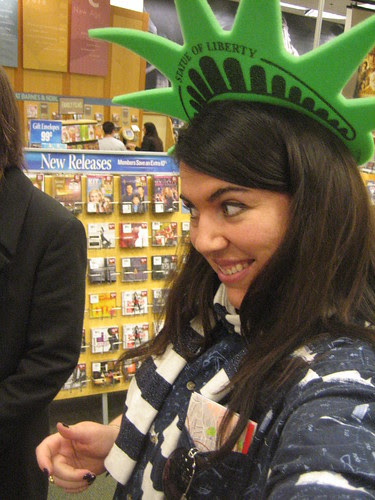 I have also been Britney Spears, Cleopatra, a black and white film star, etc.

Today was an amazingly awesome day weather-wise. On my drive out to Warrenton before band practice, I was practically giddy from the cool, fresh air. I drove with my windows open to fully enjoy it and on a normally sleepy drive, I was wide awake.

I love cool weather so much. It invigorates me and makes me so happy. Already tomorrow the high temperature is a little higher, but I know more cool temps are coming our way and I absolutely can not wait.


+Title from Total Science
Posted by Miss Scarlet at 9:53 PM No comments: