Going to a Book Signing??

If you’re like me, you love to do fun and exciting things, but sometimes you wish you could get a dossier on how they work. I work at a book store and have helped to host author events and I still get apprehensive about attending one as a reader because omg what happens at one of these things!?

So let’s start off with…

Why Go To an Author Event ?


What Exactly Happens at an Event?
This is going to be tough to answer because they’re all so different. Let’s start from the simplest to the more complex.

So I hope that helps some. Feel free to ask any other questions and I’ll do my best to answer or to find the answer. Reach me on twitter for the fastest response:)
Posted by Miss Scarlet at 12:42 PM No comments:

And now, what I read in November!

Posted by Miss Scarlet at 3:57 PM No comments:

I was ignoring my computer for the month of November while I dealt with some very annoying back pain, but I still wanted to do my regular post on what I've read!

Posted by Miss Scarlet at 3:14 PM No comments:

So much fun talking about Jessica Jones this week on Frock You because the show is AWESOME! 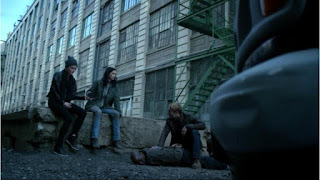 Posted by Miss Scarlet at 5:21 PM No comments:

Email ThisBlogThis!Share to TwitterShare to FacebookShare to Pinterest
Labels: frock you, tv

Frock You: A TV Fashioncast...GIRLS! 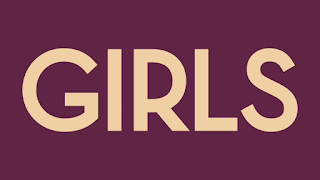 On this week's Frock You, Serena and I discussed HBO's Girls, which was very interesting! More than a lot of shows, the four main characters wear more "real" clothes...or do they? Once you start to look closely at what they're wearing, you realize it might be "NY real", but it's not very real for me and my friends.

And do you have a favorite girl? Mine's always been Marnie and, like Serena points out on the podcast, it's probably because she dresses the nicest...or, rather, she looks the most high end, which is what I like most in fashion. Hey, I'm not shy about admitting that!


So, check out the episode here and let me know what you think! 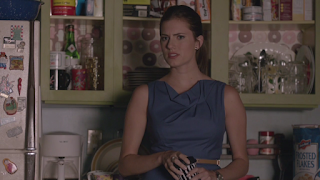 
I'm super late with this month's magazine covers, but I've been on vacation and sans wifi for much of it.

Posted by Miss Scarlet at 1:03 PM No comments:

Of course, after I raise my 2015 reading goal, I only manage to finish five books in September. *sigh*

Posted by Miss Scarlet at 12:09 PM No comments:

Not sure if my Emmy ballot got lost in the mail, or what, but here are my choices for Sunday's ceremony.

I've never seen Getting On or Transparent, I hate Modern Family, and I get bored with The Big Bang Theory getting awards. My vote here is for Jane Krakowski because her humor, at times, was so subtle in that show.

I haven't watched this past season of Girls, but I love Adam Driver and want him to win! Or Keegan-Michael Key because he is hilarious.

THIS CATEGORY IS SO TOUGH!!!! I'm throwing out Uzo Aduba because I don't watch/like that show, as well as Christine Baranski because I'm only on S2 of The Good Wife. I love Mad Men, but Joan is not my fave. Joanne Froggatt won the Golden Globe, yes? I think she's great, and so is Emilia Clarke, but my vote goes to Lena Headey who really showed such variety in her character last year.

Sheesh, there is some quality tv out there! Can we have a tie? I kind of want Drunk History to win because the entire premise is so genius. Also one time my dad did his impression of Will Ferrell doing an episode and that was Emmy-worthy on its own.

While I love David Letterman, Jimmy Fallon is so creative that he deserves to win everything.

So JLD wins every time she is nominated, right? I love her, but I'm ready for a new winner and I would like that winner to be Amy Poehler. I've never seen (and never will see) Grace and Frankie.

This is when I realize I don't watch many comedies. I hear Jeffrey Tambor is awesome in Transparent, but since I haven't seen it, I'll vote for Will Forte.

OH BOY! I like Viola Davis, but I actually don't think her role is Emmy-deserving (don't hate me!). This is another TOUGH category! Claire Danes has won before, as has Robin Wright (?) and Taraji P. Henson is awesome in Empire, but I'm going to vote for Tatiana Maslany because she should have won three years ago! Sheesh! Elisabeth Moss is so deserving, though-ahhhh!

If Jon Hamm doesn't win, I will cry. Am I going to end up crying!?

Oh gosh. Just no Modern Family, please. I'd like to see Silicon Valley win because it would be such a shock:)

Games of Thrones, DUH! Listen, if Orange is the New Black beats any of those other shows, I will flip a table. It would also be nice to see Mad Men win, but I don't see it happening, sigh.


Now, more importantly, who am I most excited to see on the red carpet?? I can't pick just one, so a list will have to do:

Posted by Miss Scarlet at 10:19 AM No comments:

As we move from Summer into Autumn (YAY!), it's essential to have some good reading material for sitting outside at cafes while enjoying the cooler temps* and changing leaves. Or for while you're sitting inside avoiding the leftover summer heat while daydreaming about sweaters and scarves.


Well, there you go! Those options should keep you busy until Winter! Any titles you'd suggest for me??

*Will it ever be cool?


*Hopefully soon!
Posted by Miss Scarlet at 3:08 PM No comments: