Me And A Gun

I feel the need to preface this story with the fact that nothing happened and I, and everyone who was around me, is totally fine.

But yeah, today some guy came into my place of employment with two guns. One on a belt holster and another, that looked terrifyingly large, on his back. I don't see guns too often, but for some reason, when they're kept in a holster on a hip, I feel okay. There's something about the placement that leads me to believe that this person is just a plain-clothes cop or someone who is just coming from his or her gun safety class.

But a rifle? Why do you need to carry that across your back while in a bookstore? It's alarming. It freaks people out and brings back horrific memories of school and movie theatre shootings on the news. I respect that the law says a person can carry a gun, but I'm not so sure that means you should. Leave that shit at home! A couple of my coworkers thought the gun was fake, but I wasn't about to get close enough to make sure. Besides, it's probably crazier to walk into a bookstore with a fake gun!

I was really torn while this young man was in the store between being very freaked out and feeling kind of bad that I was feeling freaked out. "He is within his rights," the non-emergency policeman on the phone told us. There was nothing they could do even though I could feel the fear and confusion in the store as he walked around aimlessly. Which, let me point out, is super weird. We spot that quickly and keep an eye on it, usually suspecting theft.

I wanted to remain cool and treat him like I would anyone else. He was not breaking any laws. And it's not like I can see into every person's bag and know whether or not they have a concealed weapon, right? I couldn't, though. I couldn't be totally normal with my actions. I wanted to avoid him and couldn't help thinking that so many crazy shootings begin with someone doing something normal. "He got in his car and then..." "She ate breakfast and then..." "He walked around the bookstore and then.."

Summer brings me down, y'all!

I'm a winter girl...maybe to a fault. Virginia has become a very temperate area in the past 10 years so I don't get my beloved sub 40 degree days as much as I would like. Lately, the summer heat has been bringing me down. It affects my mood. My energy. I don't feel motivated to do much of anything. I still do things, of course. I'm not holed up in my house feeling depressed or anything, but I desperately want to be excited to get dressed for the day again and not just stare into my closet, wondering what outfit won't make me feel miserable all day. How long until sweater weather!? And my hair? Oh Lord, I haven't worn my hair down for a full day in so long that when I do, I'm genuinely surprised by how long it is.

I am so ready for autumn. So so ready.

We've had a few great weather days recently, which have prompted many people to long for the seasons to change and while I am so grateful for the air to feel crisp and clean today, I also know that's it's still just the middle of August. Virginia doesn't get autumn temperatures until what has been late October in recent years. It's awful! It's so depressing to see the leaves change while wearing short sleeves. So yeah, while I (more than almost anyone) really want fall and winter to be here, I know that's it's not time yet and it's disappointing when people act like it is. Stop saying it's about to cool down and that it's almost fall. It's not. We've got to be optimistic realists here. Last week I was shivering one night in fluke temperatures in the 50s and ecstatic about it, but tomorrow the high is 88 or so. That's hot!

+ Title from Banarama
Posted by Miss Scarlet at 11:06 AM No comments:

In preparation for my upcoming trip to Scotland*, I was thinking I should do a Scottish cleanse. What's a Scottish cleanse you may be wondering? Well, it does involve some scotch, of course, but it also involves immersing myself in all things Scottish in anticipation for being there. I actually got this idea when my e-friend, Sarah, tweeted about Scottish accents and I was reminded of my inability to understand most accents. (Seriously, it's like I shut down.) So I figured I would watch a bunch of Scottish movies leading up to my trip in an effort to get used to the accent, but then I decided to one up that and include music, too!


I think that's a good start! Do you have any films that take place in Scotland that you would recommend??


+ Title from The Mountain Goats
Posted by Miss Scarlet at 9:42 PM 2 comments:

Film For The Future

I happened upon an article just now about which books to be sure to read before their movies come out on the Random House Tumblr and it made me grr just a little bit. Not that this is a new thing. The majority of book readers want to read the book before they see the movie and I do see the benefits of that. It's great to read a book and be able to create the world and characters in my own mind before seeing the vision of someone else. And nothing beats flying through a book that is written so well that it makes the reader feel something through just words, as opposed to film which uses sight and sound.

So, while there are many books that I've read before their adaptations have come out, it's not really my favorite thing to do. A film will almost never go as deep as a book can so I feel like I'd rather read the book after I watch the movie. That way I get to expand upon the story instead of reading the book and then potentially feeling let down by the film.

It also happens that I usually read a book years before its movie comes out, which is  the perfect scenario, in my opinion. This way I have experienced the story in its original format and have been able to use my own mind to create the book's world and then I have enough time before the movie for it all to fade a little in my memory. A good example of this was The Hunger Games. I read the first book 3 or 4 years before the film adaptation came out so I knew enough to be properly excited, but I didn't spend the entire time in the theatre thinking, "This is different than the book." and "They left that out from the book."

So why did the Random House article annoy me? Because at this point, these movies are coming out too soon to try to read the book and be able to see the movie and be pleased. It is so rare that I hear of anyone going to a movie based off of a book and not having some sort of comment about it. (I definitely am one of the rare ones who can easily separate the two.) It is my recommendation that movie watchers see these movies and then, if they like them, they can head to their closest Barnes & Noble and pick up the book.

So, which movies will I be seeing? 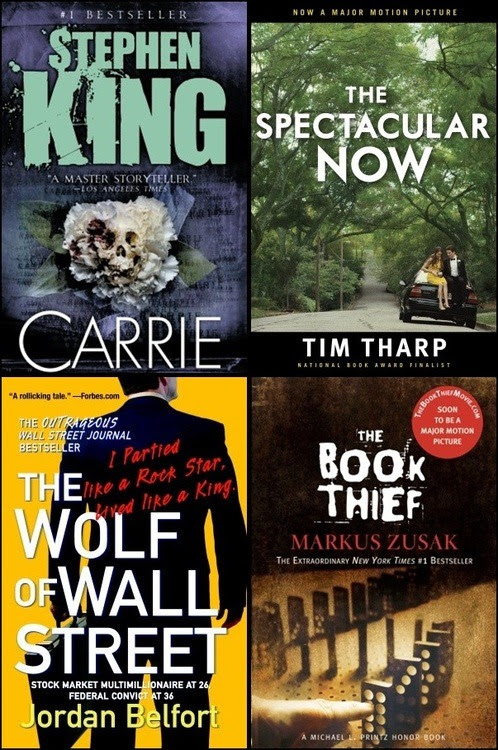 + Title from Idlewild
Posted by Miss Scarlet at 3:09 PM No comments: 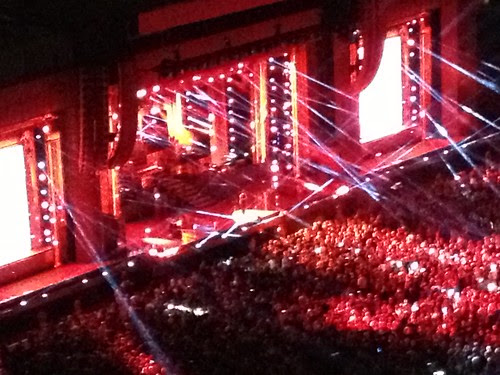 It was an amazing show and they played all of my favorites. I was most excited to hear "What Goes Around," which is an all-time favorite song as well as Jay Z's super hits including "Big Pimpin'" and "99 Problems." The set up for the show was gorgeous and exciting (even for those of us in the nose-bleed seats). I also loved how the two of them performed together and then took turns with small sets throughout the night. Both JT and Jay Z were on fire last night without a single errant note or rhyme the entire night. I was blown away by Justin Timberlake's voice and stamina and with Jay Z's speed of rapping. They also played a long show, which is always nice after you've been in traffic for hours just trying to get there=/ I would give this show an A!

+ Title from Justin Timberlake (of course)
Posted by Miss Scarlet at 1:34 PM No comments: