Debut Author and Bookseller in Conversation

A debut author and a bookseller are friends—and both obsessed with YA literature—so here is their conversation about writing, book selling, and what’s hot right now in YA.

Abbie is the debut author of THE LAST FIRST DAUGHTER
Scarlet is a manager at Barnes & Noble (the resident YA expert), a musician and writer. 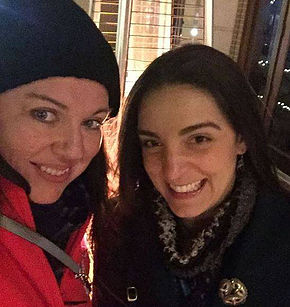 Scarlet: Tell us about your book! Pretend we’re on an elevator and instead of us all looking around nervously, you tell us all about what you wrote! Go!
Abbie: Wait… how many floors?
THE LAST FIRST DAUGHTER is a Young Adult adventure that will appeal to fans of LEGEND by Marie Lu or other YA Dystopian novels with a dose of romance. The main character, Lindy, is a contemporary version of a princess—the First Daughter—if princesses don’t like the spotlight but do like building radios. When the White House is attacked by terrorists, Lindy and her security officer Henry are the only ones to escape. They go into hiding and take on fake identities because the terrorists are hunting the missing First Daughter. Adventure ensues when Lindy and Henry must decide what risks are worth it to make her family proud—and take back the White House.
Scarlet: How did you get into writing? Is it something you’ve always been into?
Abbie: I don’t think I’ve told anyone outside my immediate family this before, but I did write two “complete manuscripts” when I around 12 years old. They are lost now, but I could still tell you a decent amount about these tales (I won’t. Okay, there may have been magical parallel worlds and mermaids). So yes, I’ve always been a storyteller.
But after those first two novels, I got really passionate about theatre. Theatre was my storytelling outlet through middle and high school, college, post-college internships… and, well, I still direct theatre productions! Around 2013, when I had recently decided not to pursue theatre full-time, I decided to try writing as a way to be creative between directing projects. I was becoming obsessed with Young Adult fiction and felt I had a fresh story to tell in the genre. THE LAST FIRST DAUGHTER is the manuscript I started drafting in 2013!
Abbie: What inspired THE LAST FIRST DAUGHTER?
Abbie: The kernel of the idea of TLFD also came from way back in childhood. I was fascinated by the Anastasia story, but I thought it would be cooler if the girl knew she was a princess, but didn’t tell anyone. That little idea stuck with me, and when I met my other inspirations for TLFD—all the amazing YA fiction I was reading—I knew where I wanted to start.
I quickly realized that the theme from my childhood idea was closely related to a theme in my favorite Shakespeare play, AS YOU LIKE IT. I’m a Shakespeare nerd! I love AYLI because of the main character, Rosalind—hence, Rosalind “Lindy” Edwards was born. 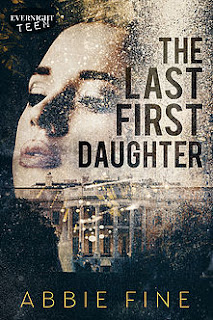