Back in January, when I requested off for the second week in July, it was with the extremely high hopes that I would win Wimbledon tickets in their annual ballot. Being my second year entering it, and being the insane tennis fan that I am, I had a feeling it would work out for me.

Well, it didn't. But that's okay because I am going to make the best of it and celebrate Wimbledon in Virginia! I love a challenge so I've decided that for two weeks, I'm going full on British*. I always get strawberries and cream for the finals, but this year, I am majorly upping the ante. We're talking tea, scones, meat pies, mushy peas, Pimms, more Us in my words, fewer Zs, and hopefully a lot of chips! 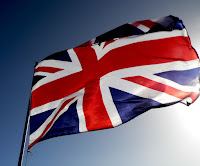 This is going to be FUN and I am going to document VA Wimbledon both here and on twitter and instagram with the hashtag #VAwimbledon. Follow along and let me know if you have any classic British foods I should try.

Unfortunately, I still have to work this week, so things will be a little more tough and I might have to fudge a little on some meals. But where I can, I am in 100%. Luckily, I already love tea so I'll have no problem subbing that for coffee for 14 days. I also went to both Wegmans and The British Pantry in Aldie, VA to stock up on some other treats.

Starting on Saturday the 4th**, I am off until after the finals so I can also try to cook some British meals. Or maybe I'll just go to my favourite Irish bar every day and order bangers and mash, fish and chips, or boxty.


*This will include anything from Great Britain, of course.
**Might pause to celebrate Independence Day because otherwise, that's super awkward.
Posted by Miss Scarlet at 10:09 PM